Smartphones have replaced so many standalone devices we used to rely on. And when it comes to gaming, we can pretty much say that gone are the days when playing on your phone is considered casual—it’s more serious than that. And in fact, what we have here is hard-proof that mobile gaming is continuously taking it up to the next level; So let’s give the Black Shark 4 a quick hands-on and check it out. 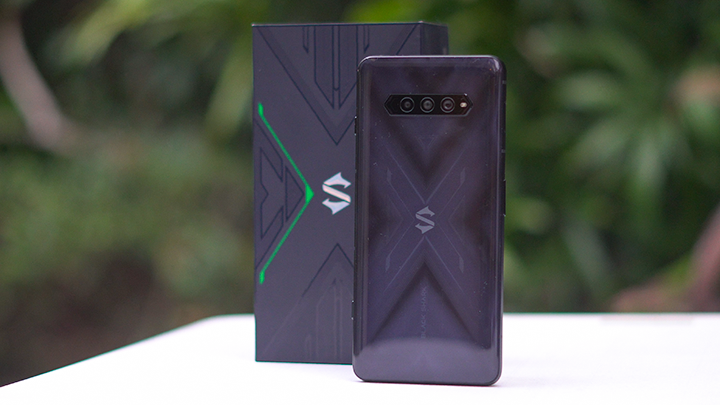 The Black Shark 4 has taken a much more minimalistic approach compared to its predecessors. This is quite refreshing to see, especially since not every single gamer out there is into the whole in-your-face RGB look; Some people prefer a low-profile look as well, and this one is doing a mighty good job at that. Now there are a few color variants to the Black Shark 4. But the one we’re rocking right now is in Mirror Black, although if anything, it’s more dark blue, which is pretty distinct once subjected to a good amount of light. 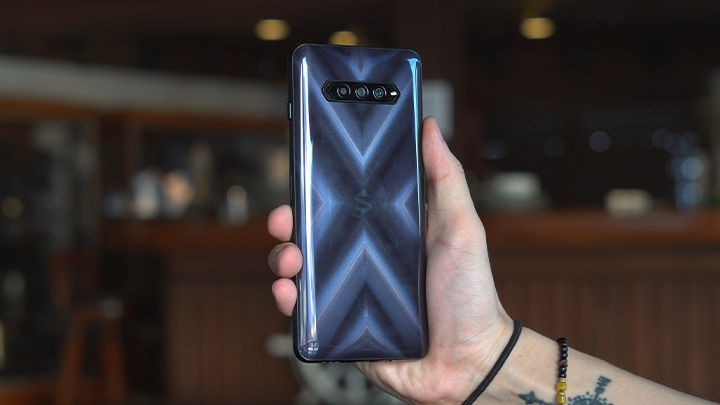 It comes with a holographic backplate covered in another layer of glass. Despite having a glossy finish, it does a decent job keeping fingerprints and smudges to a bare minimum. You’ll also see an X-shaped design, and right in the middle is the Black Shark logo. Above that, you’ll see this triangular symbol, and on the Pro variant, this is illuminated with RGB lighting, but this one won’t be getting that, which is great if you want something more subtle. And finally, sitting up top is a horizontally aligned triple camera module. 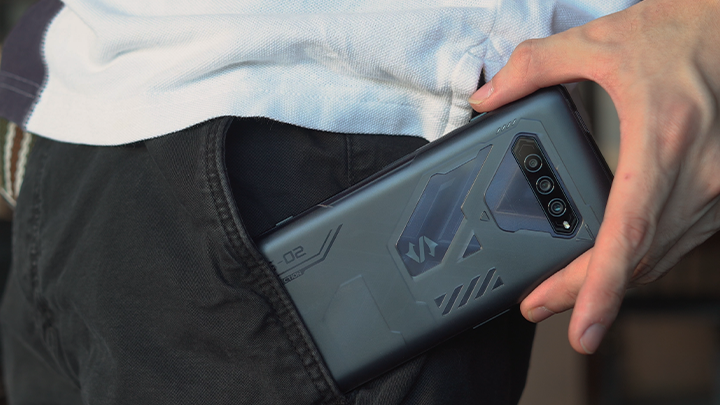 For a gaming phone, it’s also relatively light, coming in at 210g, which is no different from some mid-range and flagship devices. It also has a thickness of 9.9mm. It’s not the thinnest, but we do appreciate the very shallow camera bump. Either way, this can be fixed with the included case.

Keeping the phone together is a metallic frame, and as you would expect from a gaming phone, there’s going to be a lot to look at. Starting from the bottom, you’ll find the USB Type-C charging port, speaker grilles, the primary microphone, and a 3.5mm headphone jack, while up top is a secondary noise-canceling microphone and some top-firing speakers. On the left, you’ll find the volume rocker keys, a third noise-canceling mic, and the dual SIM tray slot with no space for expandable storage. But what makes this device stand out from everything else are the magnetic pop-up triggers on the right side, which you can easily access by sliding the switches beside them. 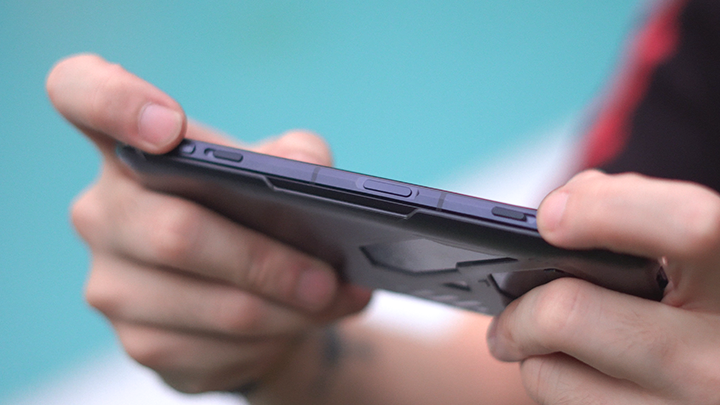 These are easily some of the best ones we’ve seen on a phone so far and creates a whole new potential for what this device can bring to the gaming table. You’ll also find the power button on this side, which doubles as a side-mounted fingerprint scanner. 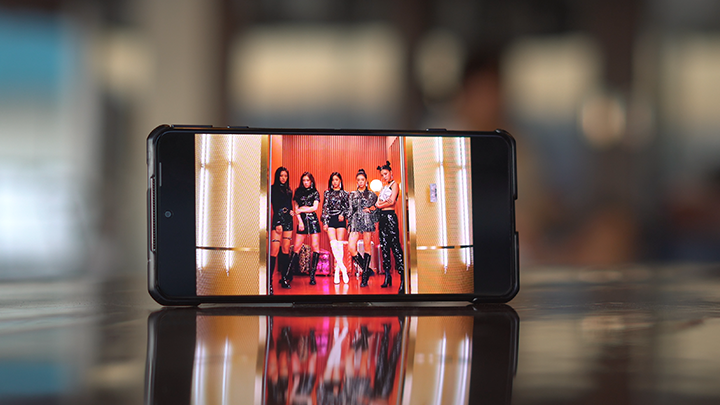 Taking a quick look at the screen, we’re getting a massive 6.67” FHD+ Super AMOLED display with a refresh rate of 144Hz and a touch sampling rate of a whopping 720Hz with 8.3ms touch delay. It also has a pretty high peak brightness of up to 1300 nits and HDR10+ Support. In addition, the front camera is updated with a center punch-hole cutout, which means fewer bezels and a better screen-to-body ratio. As for audio, there’s nothing to complain about since the stereo speakers are not only powerful but should be handy when it comes to playing games that rely on sound awareness. 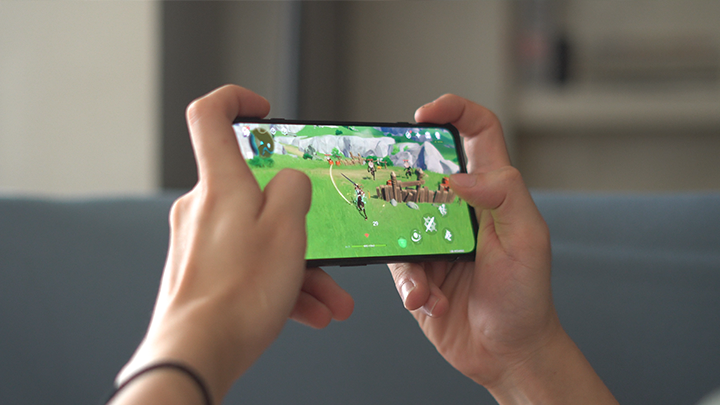 Underneath the hood, the BlackShark 4 uses a Qualcomm Snapdragon 870 5G chipset. This SoC is pretty cool since it integrates a fast ‘Prime Core’ that clocks up to 3.2 GHz and three additional ARM Cortex-A77 performance cores, reaching up to 2.42 GHz. The remaining 4 are power-saving ARM Cortex-A55 cores that clock up to a maximum of 1.8 GHz. 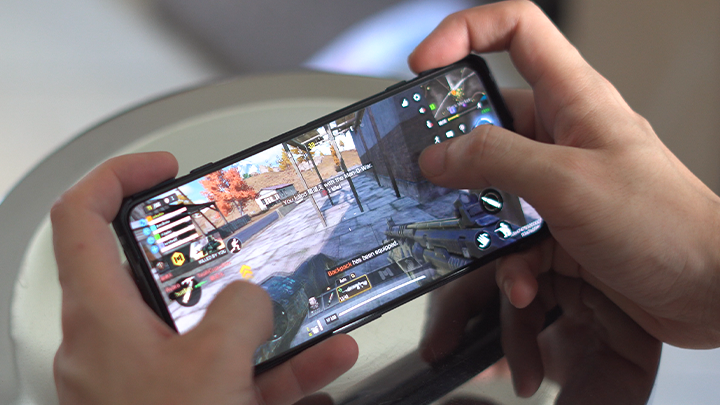 It’s complemented by an Adreno 650 GPU and uses a two-layer liquid cooling system, so gaming on this phone for extended periods should be a breeze for this device. There are also 6, 8, and 12GB RAM configurations for this phone and come in either 128GB or 256GB of internal storage. Luckily, we have the 12GB variant, so we’re excited to see what all of this hardware can do. 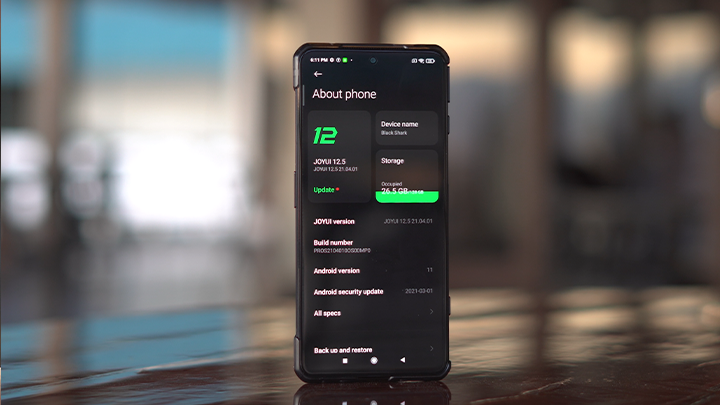 Running the software department is Android 11 skinned with Black Shark’s very own Joy U.I. 12.5. Coupled with that high refresh rate, the user interface is quite a smooth experience, and it’s nice to see practically zero-bloatware onboard, most likely because what we have is the Global ROM variant. As for connectivity, we have SA+NSA 5G capability onboard as well as Wifi6 Support. Powering everything all together is a 4,500 mAh capacity battery. Although that is nothing too surprising, it does have a massive 120W fast charger and was advertised to hit 100% in a ridiculous 17 minutes, which is pretty crazy, so we’re curious to try this ourselves. 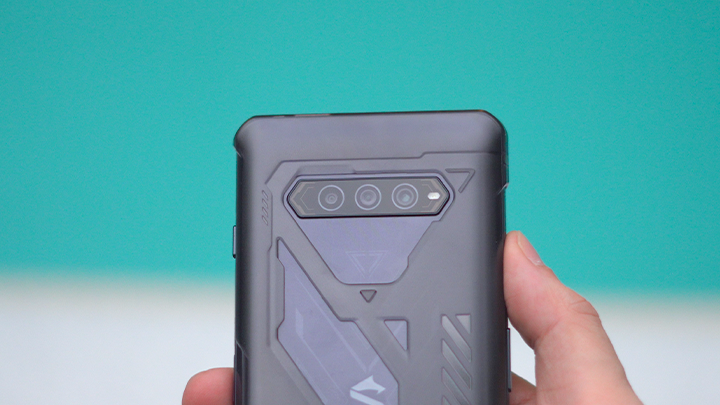 Checking out the cameras, the Black Shark 4’s main shooter comes in a triple-lens configuration. Specifically, a 48 MP f/1.8 (primary), an 8MP f/2.2 (ultra-wide), and 5MP f/2.4 (macro shooting), with the LED flash sitting on the far right, while at the front is houses a 20MP selfie-shooter mounted right in the center; not bad at all. Check out some of these sample photos: 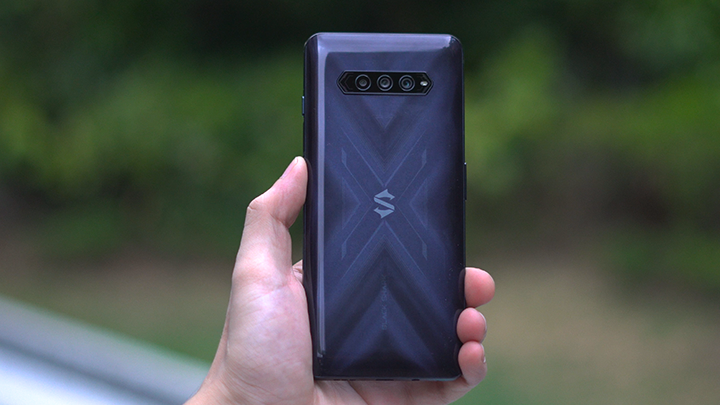 To wrap things up, despite the number 4 being considered as bad luck in Chinese culture and is often skipped by other brands, it’s surprising to see Xiaomi’s subsidiary go along this route. But it seems to be working out pretty well for them. And, similar to their slogan, the game is certainly getting real on this one.