The BlackBerry Z3 is the company’s affordable offering that was announced back in February. It features a 5-inch display and powered by a Snapdragon dual-core processor and BlackBerry 10.2 OS. But does it have enough to standout in the budget-conscious market dominated by Android and Windows smartphones? Read our full review to find out. 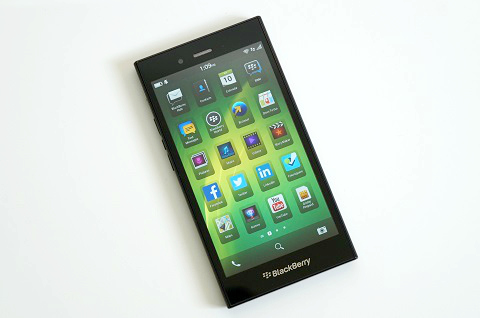 We’ve reviewed a lot of smartphones in the past that we often describe as simple and ordinary. These are the words we would like to use again in this review as the Z3 does not offer a lot when it comes to stylishness. If we’re going to start from somewhere, it is plain and simple. No fancy aesthetics, just curved sides and a flat top and bottom. 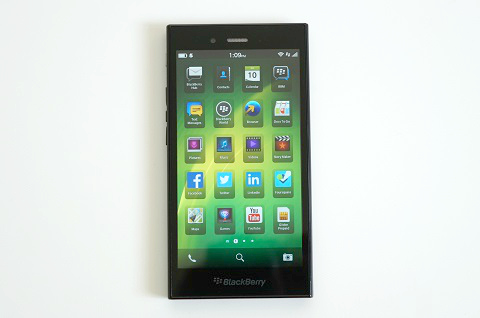 On the front you’ll see the 5-inch touch screen display. Above it is the earpiece, 1.1 megapixel front camera, proximity sensor, and notifications LED, while below is the BlackBerry branding. Found on the left side are the power/lock buttons and the volume controls. On the right are the slots for the microSIM card and microSD card slot that are hidden by a plastic flap. 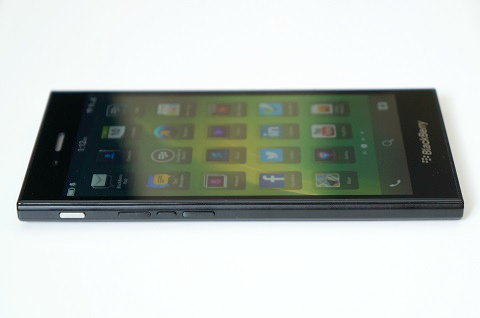 Right on top is the headset jack while down at the bottom is the microUSB port and microphone. Flip it on its back and you’ll see the 5 megapixel camera and LED flash, the BlackBerry logo, a secondary microphone, and the speaker down below. 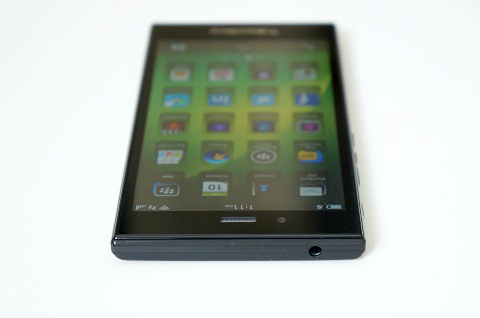 Going back to the plain and simple design of the Z3, we would like to emphasize that this is the type of “plain and simple” that is well executed. Although it is all-plastic it is solidly built, looks professional for its class, and feels good in the hands thanks to the dimpled back with rubber texture. 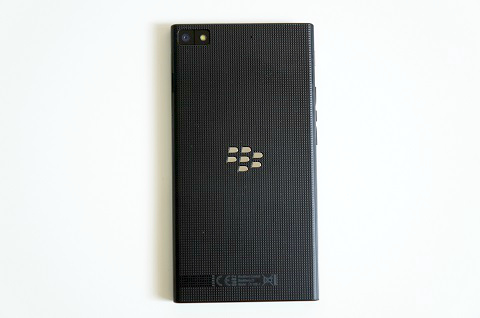 The only thing we did not like is the placement of the power/lock button. As mentioned in our first impressions, it is a bit cumbersome to reach and feels awkward. It will be much comfortable if BlackBerry moved it on the right-hand side instead, making it more accessible.

The Z3 is equipped with a 5-inch qHD (540 X 960) display with a pixel density of 220ppi. Pixels are discernible but still very acceptable in our book. BlackBerry did not indicate if it uses an IPS panel but so far viewing angles are good with no serious color shifting. Brightness is good as well which makes it very usable outdoors. However, there’s no auto-brightness so you will have to manually adjust it every now and then. 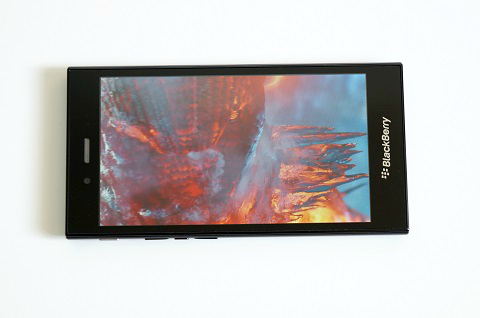 The display on the Z3 makes it a good multimedia companion. Although it won’t give you superb detail compared to HD and FHD screens, it is capable of producing great colors which will suffice for watching movies and browsing photos. 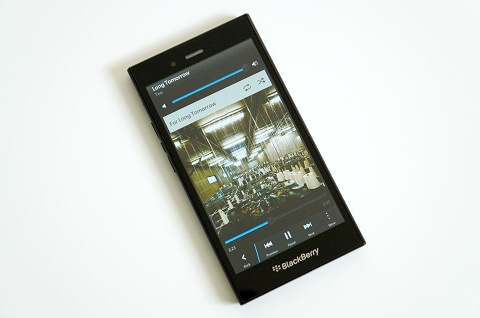 The speaker, on the other hand, is capable of producing crisp sound with very decent quality. The loudness though could use some improvement. It can fill up a small room but only at maximum output, however, at that level the sound quality deteriorates and you’ll start hearing distortions.

Running the software side for the Z3 is BlackBerry OS 10.2.1.2977. BB 10 OS is still one of the most intuitive UIs we’ve used and can be easily navigated with one hand. Its main feature is still the BlackBerry Hub which consolidates all your messages and notifications in one easy-to-access page. 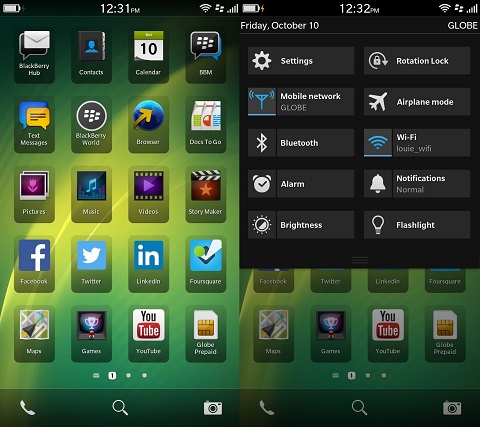 BlackBerry Messenger (BBM) still takes the spotlight here and feels more integrated compared to its Android and iOS app counterparts. The Z3 still has one of the best on-screen keyboards out there. It learns from your typing habits and offers intelligent word prediction which makes typing more accurate and a lot easier to do. 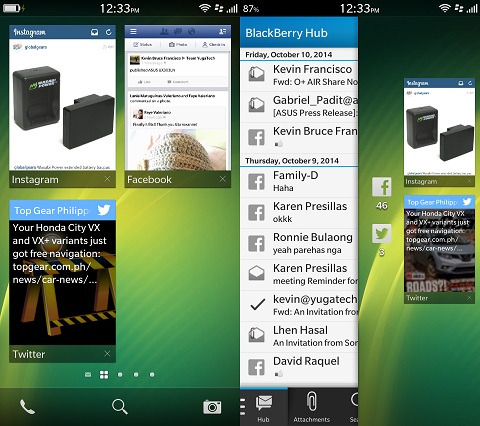 One of the best parts that the latest BB 10.2 OS brought here is the improved Android app compatibility. Previously using the BB 10.1 OS, we had to convert the APK file (with a specific version) then side-load it to our BB10 device. With the latest update, we can now install APKs directly after downloading from the browser just like what we normally do on Android smartphones. 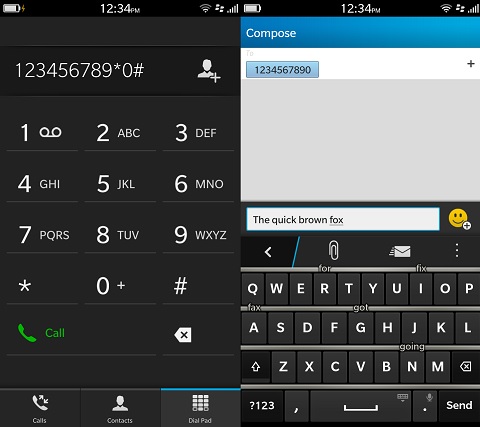 According to BlackBerry, not all apps are supported. True enough, some of the apps we tried failed to run like Eternity Warriors 3. Some ran without any problems like the latest version of Instagram and Fruit Ninja. So for those who complain about the very limited selections of apps in BlackBerry World, this feature partially solves it.

The Z3 sports a 5-megapixel rear shooter and 1.1-megapixel front. Although it sports an entry-level camera, the quality of photos it produces were actually good. It packs a lot of detail with vibrant colors. Reds are a bit over-saturated while the auto-focus is a bit slow but not totally a downer. On the bright side, it has features like Burst mode, HDR, Stabilization, and Time Shift mode which should come very handy in every day shooting.

Performance on the Z3 is very good thanks to the Snapdragon 400 dual-core CPU, 1.5GB RAM, and BB 10.2 OS. UI navigation is smooth and we didn’t experience any noticeable lag or random crashes. 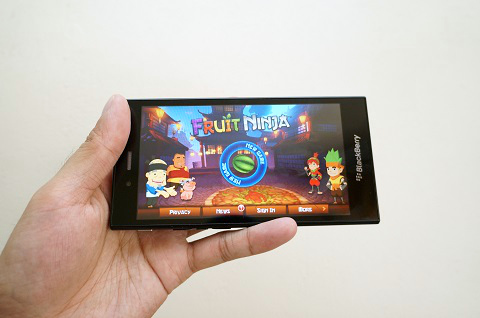 We played Reaper and a side-loaded Fruit Ninja and it was able to run both well.

Powering the Z3 is a 2,500mAh non-removable battery which is large given its modest specs. We ran our routine battery test which involves playing a Full HD video on loop, in Airplane mode, 50% brightness, and 50% volume with a headphone plugged in, we were able to get 11.11 hours worth of playback which is outstanding.

The BlackBerry Z3 is a very capable device with a nice build, good performance, intuitive OS, great battery life, and an affordable price tag. However, it is still going to have a hard time positioning itself in a market that is dominated by affordable Android and Windows Phone devices. Quality apps are still BlackBerry’s biggest weakness. Although it is easier to side-load APKs now, it is just a temporary solution to BlackBerry World’s ongoing problem. 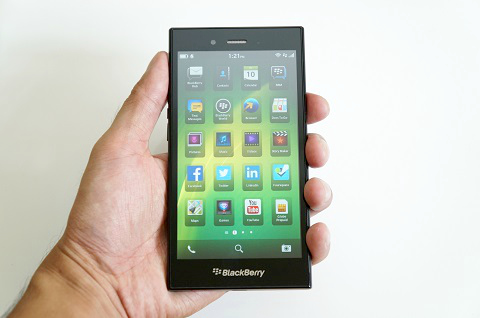 Should I get a BlackBerry 10 device? It depends on your tasks and priorities. This is a BlackBerry. It is a work phone that features top-notch security and is efficient at handling your messages, calendars, and emails. So if you want a phone that is good with those, get the Z3 (or any BB10 device). But for better collection of apps and more features, go with Android or Windows Phone.

What we didn’t like:
* Lack of quality apps
* Weak speaker
* Odd placement of power/lock button