Apple has talked a lot about their new mobile operating system, iOS 8, in WWDC 2014. While there were no extreme changes and hardware announcements, we all got a bunch of small improvements aimed at big changes. However, most of the new additions sound completely familiar, for non-iOS users at least. Now where have we seen these features before? Here are 5 iOS 8 features already found on Android: 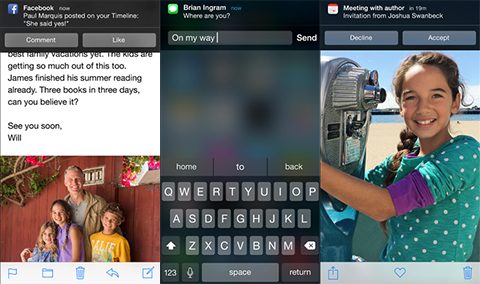 Long before Apple, Google has already done this with “Ok, Google”, allowing users to do a search on things without having to press anything – and even before that, the Moto X did the same thing and better – capable of responding even with the screen turned off. Apple’s addition of Shazam into Siri is a nice touch and is totally new though, something that Microsoft’s singing Cortana can’t do just yet too.

Here’s one thing Android has done for a long time – Widgets – implemented years ago when the OS was still young. Apple now takes the same idea and incorporates it in a different way, adding it into the notification center and opens it for third party development. Widgets on Android can do a lot of things and has grown to improve throughout the years, so we’ll have to see how Apple develops this idea hiding in the pull down notification shade. 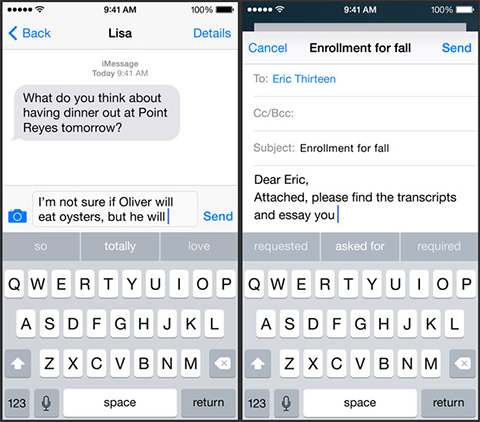 Predicting words on top of the keyboard isn’t also new as well. Windows Phone has this, Android has this and BlackBerry has something similar. It’s an entirely useful feature, but Apple’s quite late when it comes to incorporating new features to their keyboard. We won’t be surprised if swipe-typing is introduced next year. 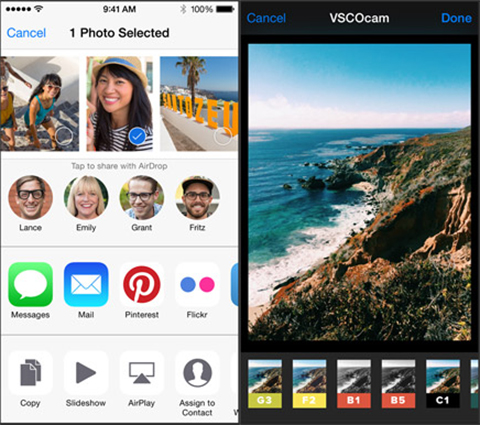 And speaking of keyboards, you can now change it as well! We’ll be seeing more customization in iOS 8 as we’ll find widgets, keyboards and a lot more in the app store. Developers can now also build deeper into the platform, allowing you to, say, add a bit more depth into editing photos in the native app by adding more functionality. We’ve seen that all before, haven’t we?

We’re sure there’s a lot more, but the line of similarities are less seen. For example, timelapse, family sharing is to multiple users, iMessage is to Hangouts and iCloud Drive is to Google Drive. However, we’re not saying every feature is already found on Android; HealthKit, HomeKit and a tad more comes in as examples.

To sum it all up, iOS took a lot of existing ideas from the competition once again and built upon it to distinguish itself. The features said above aren’t exact copies, and to a certain extent even, they also better the experience. This isn’t the first time someone took some ideas from another platform and we’re sure this isn’t the last. Either way, with competition all around us and as they polish up their offerings – we benefit.

why so much drama in this tread…
both have their own merits…
Androids are excellent…
cant live without nexus 5 :)
But I also have iphone…
and personally I feel more secured using my iphone with my digital data…
never worrying for my sdcard if it will suddenly die with all my data in it…(D**n you CD-R king :)
plus it’s a perfect match for macbooks which android can never be…
but same goes with iphone and chromebook…

so…why not have the best of both worlds :)

i’d go for…Android…cant imagine my life without tweaking something in my phone every weekend :)

(yep I didn’t dload & burn it as it is more annoying if I showcase the whole package :)