Earlier, my wife and I went to the SSS Pasig Branch to consolidate her contributions for her maternity benefits, and there we witnessed firsthand how sucky the “Self-Service Information Terminal” that are installed inside their branch. 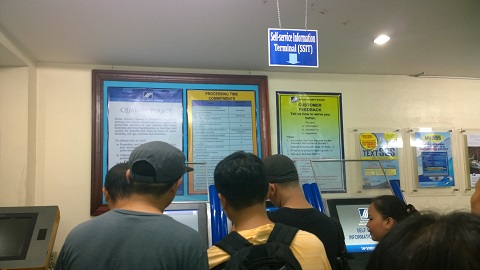 How it’s supposed to work

There are a total of three machines inside the branch and each machine is equipped with two SSS ID sensors. One sensor can only read the old SSS ID, while the other can only read new cards called SSS Unified ID.

On the latter, users would have to place the card on top of the glass covering the sensor. On the other hand, the Old SSS ID sensor only requires the user to place the ID where the sensor’s laser can hit it. 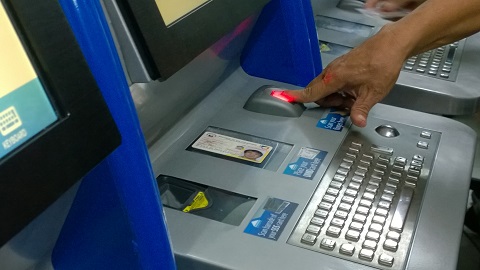 In reality though, the machines are far from perfect. During our 3-hour stay inside the branch, I observed that almost 90% of the members who tried the machine were not able to get past the first step (ID scanning stage) even after multiple attempts (which are usually not less than 7-8 times).

As expected, this resulted to long queues and confusion/dismay from the members.

What causes the issue?

The long queues on the service counters allowed me to observe some of the things that can be done to improve the process, and here are the three major lapses that I’ve observed.

1. Poor on-screen instructions – The moment a member arrives at the machine, he/she is greeted with three options, one for old SSS ID card holders, another for SSS Unified ID card holders and another is called “Web” which will direct them to the SSS website. Excluding the latter, the two options will direct users to an on-screen “guide” that will show them how to place the card properly in order for the sensor to detect/scan it. This is where all hell breaks loose.

There were no clear instructions on how to place the card, just a lame drawing on the machine’s screen that shows the proper orientation of the card and that’s it. As simple as this process may sound to most of us, the agency CANNOT and SHOULD NOT expect every member to be knowledgeable enough to follow this. As such, a simple cardboard instruction near the machine or a poster on the wall would’ve really gone a long way.

2. Clunky sensors – Another aspect of the machine that contributed to the dismal process is its built-in sensors. Both sensors (for old SSS Card and UMID) were a hit or miss in terms of properly scanning the member’s ID and, sadly, most of the time it’s the latter. 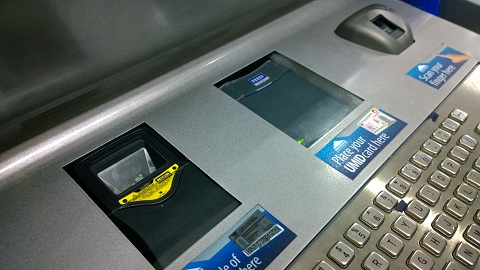 Whether this is due to normal wear and tear, or the sensors are really clunky to begin with, I feel that the agency really needs to UPGRADE the sensors pronto, or better yet look for a better machine to replace these seemingly-prehistoric ones.

3. Outdated GUI – First off, I’d like to commend SSS for installing a touchscreen panel on their self-service information terminal. This made the process easier compared to having to fiddle with physical buttons.

Having a touchscreen panel, however, is useless if the User Interface is not optimized for it. The UI doesn’t support swipe gestures and two or more touch inputs which are important for zooming in/out of the information shown on the screen. 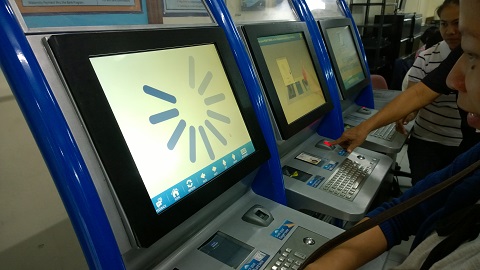 I’m pretty sure that the inconvenience that my wife and I have encountered with the SSS Self-Service Information Terminal is nothing compared to other more pressing concerns that our government has to address. But that doesn’t mean that the agency shouldn’t fix the problem, after all we are all paying our taxes for this exact reason, right?