Everyone’s favorite MMORPG is back! Ragnarok Online has finally relaunched in the country with a festival held at the SM City North EDSA Annex this past weekend, and most are anxiously waiting for the official server opening. 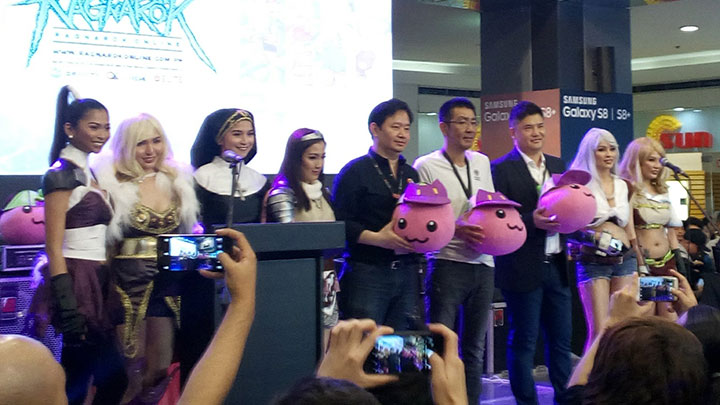 In this Fast Five, we’re taking a quick look at how the online game would play out on our local shores.

Behind the PH revival

During the May 7 event, we got to meet the three key figures who made the revival happen: There’s Kitamura Yoshimori who is the Chief Operating Officer for Gravity, Rithirong Kaewvicheara who heads Electronics Extreme (EE) Thailand and is the official Southeast Asia license holder to operate RO in the Philippines and other neighboring countries as reported earlier, and Johnny Paek who heads Elite Sourcing Global, a multinational Business Process Outsourcing company that specializes in gaming solutions such as technical support and in-game management. Elite is the partner publisher here in the country and will be responsible for managing the day-to-day game operations together with EE. It’s also worth noting that Paek used to work for Gravity in the past decade, so he does know how things work in Ragnarok.

All three of them have given speeches on the event, highlighting what to expect from the revival of the classic MMORPG.

Before players rejoice and attempt to try using bots or cheat their way in the game, you might have to go through some heavy security. EE CEO Kaewvicheara touted that this version of Ragnarok has one of the best bots and cheat protection system yet. This may sound true, as RO players from Thailand are having a hard time deploying bots into the system.

From the ground up

In a short interview conducted after the press conference, EE executives were a bit hesitant to share full server details as they are still making checks and tweaks to ensure a smooth gaming experience on launch. What we have so far: Old Philippine RO players and newbies alike will start on equal footing as it will be a totally brand new server once it launches. That means you can’t transfer your old Philippine RO-migrated international RO account back to the new Philippine RO server, and you’d have to create a new account to play the game.

There is also a high possibility that the new Ragnarok Online will be launched as a Free-to-Play game according to EE executives, with an added online mall for premium items. Based on what several players we’ve conversed with during the event, they were given a 14-day premium item (Neo Apple of Archer Box) with an alphanumeric code written to redeem once the game starts.

There will be more to come

There’s also room for localization — Gravity CEO Kitamura himself announced that there will be more in-game customizations exclusive to the local market.  Other details were not disclosed and will be revealed at a future event.

Thailand was the home turf for EE, and seeing how the MMORPG grew in their own homeland and other Asian countries they’ve re-launched the game made them confident that the Philippine market will openly accept the revival of the country’s most loved MMORPG game franchise. The ending of the Ragnarok Festival revealed only a date: May 17, 2017, which lead to more speculation of those in attendance.

Are you excited for the launch of Ragnarok Online? Let us know your thoughts in the comments section.