CD-R King, one of the largest media providers in the country, may possibly make the Google Glass available locally, or at least that’s what they’re hinting at on one of the recent post they’ve made on their official Facebook page.

The company has not given any concrete details about the device, when it’s going to be available, and how much they’re planning to retail it once it does hit the shelves. However, they did promise that they’ll provide more information about it soon. 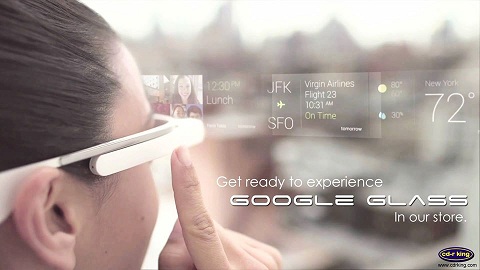 Another thing that’s not clear here is whether or not they’ll bring in the real deal or just cheap replicas of Google Glass. We’re more inclined towards the latter, albeit we can’t totally rule out the former either.

It’ll be really cool if CD-R King was truly able to bring legit Google Glasses to the country rather than knock-offs. But even if that’s not the case, we think that the replicas are still something to look forward to, just to see how close it is to the real thing.