5 Ninja Moves evil Reps do to get rid of you

5 Ninja Moves evil Reps do to get rid of you

Lately, I’ve been on the line with several customer service reps from Smart discussing the current issue I’m having with my internet connection. While I didn’t enjoy every second of it, this brought back some good old memories from being a rep-turned-manager in my previous life. One of those memories involved a thing called Ninja Moves.

For the uninitiated, Ninja Moves is a call center jargon or inside joke that pertains to an agent’s ability to illegally and unethically avoid or get rid of a call. Usually, Ninja Moves are done when the rep isn’t in the mood to take in calls or when the issue of the customer gets a little out of hand. 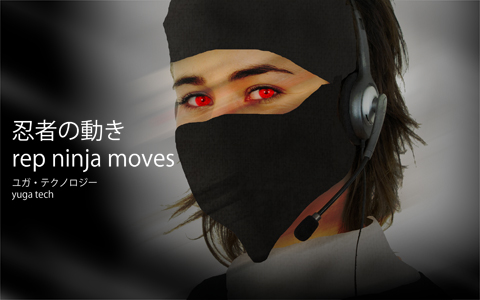 There are different Ninja Moves, but few are tried and tested. While we won’t teach you how it’s done (we’ll leave that to the tenure agents aka Zen Masters), we will share the 5 common ways how a rep can get rid of you if you become too argumentative, demeaning or your concern is way above the agent’s league.

5. System Issue – This is probably the most tedious Ninja Move to pull off as it requires a Zen Master to inform their supervisor that that something isn’t functioning as it should be. As soon as the agent decides to malfunction, everything else within his territory (call station) will start to break down. It may be in the form of headset not working, tools not responding, keyboard, mouse, monitor or AVAYA (the phone). Murphy’s Law is in full effect — meaning, almost anything that may malfunction, will malfunction should the Zen Master chooses to.

4. HOOOOLLLLDDDD… – Placing the call on hold can be used by the agent to look in to your account and give you a timely resolution. However, when placed in the wrong hands, it can be a tool to bore you to death with the company’s annoying music and advertising. You’re given the option to hang up or wait till your ear hurts. Either way, you’re hanging up.

3. Silent Treatment – It’s kinda similar to Hold minus the irritating ads. Don’t, for one second, think that this is better than the previous one as a Zen Master can use this move to force his victim to submission with deafening silence. They also use this to “rest their eyes” while on a call.

2. Returned to the Queue – This is what typically happens to a customer who starts shouting at the agent the moment the rep answers the call. Worst case scenario — not only will the angry customer be returned to the queue, sometimes he/she will be patched through to the Spanish queue. Moral of the story, reserve the shouting ‘till the midway point of the conversation.

1. When in doubt, LOG OUT! – Ah, the old adage you’ll often hear from Zen Masters who’ve been a rep for far too long but haven’t had time to actually study their product. Logging out is a sure fire way to disconnect a call without being traced. But it’s also a sure fire way to get one’s ass kicked from the office when caught.

Doing Ninja Moves is a terminable offense, which is why only few Zen Masters are courageous and stupid enough to even dare to do it, and frequently if we may add. Therefore this stunt should never be done unless you want an easy way out of your current company.

At the end of the day, it’s all about playing nice. Each party (rep and customer) has an obligation to keep the conversation as courteous as possible to avoid conflict. For the customer service reps, you’re being paid to provide assistance. Besides, one way or another you’ll be a customer too and I assume that you don’t want to be Ninja Moved too, right?

As for the customers, bear in mind that most reps are there to help. The least you can do is respect them. Moreover, most of the issue we’re calling for is about our product/service and not the agents. Hence there’s no need to be rude to the person that can probably get us out of the mess we’re in.

What do you guys think? Ever experienced any of these from evil reps? Share your stories below.