The Zoom’s got all the basic connectivity covered like GPS with A-GPS support, Bluetooth 4.0, and Wi-Fi 802.11 a/c. It’s also got dual-SIM trays so users could still use two different networks in one device. Although more importantly, it has LTE Cat4+ that basically can achieve faster speeds in 4G-capable areas.

True enough, we used it in BGC area and had no problems surfing the web using LTE connection. It’s not super fast (because Philippines) but it gets the job done without unnecessary hassles.

Using the Zoom for calls is also satisfactory, with the other line clearly heard even when the person is in a busy place.

Equipped with a 64-bit Intel Z3590 processor clocked at 2.5GHz, 6430 PowerVR GPU, and another 64-bit Dual-Channel 4GB RAM, the Zenfone Zoom is a powerhouse that readily accepts resource-heavy operations.

We had it as a device mainly for imaging while doing some gaming and a bit of messaging on the side. It’s been a hassle-free companion and no random crashes or apps freezing were experienced. 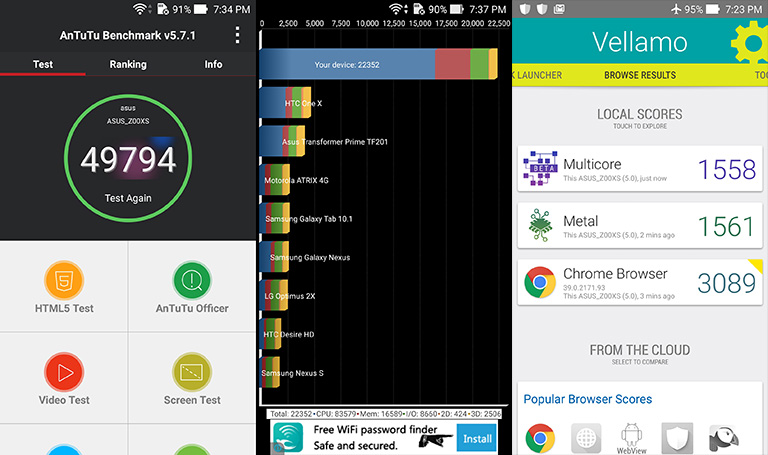 We also subjected it to our usual tests and below are the benchmark scores:

Another thing we noticed was that the device got warm when using its Camera app for extended periods of time, but doesn’t exhibit the same symptoms when gaming.

Overall, we’re convinced that ASUS packed the Zenfone Zoom with the right internals for a snappy performance in daily tasks. 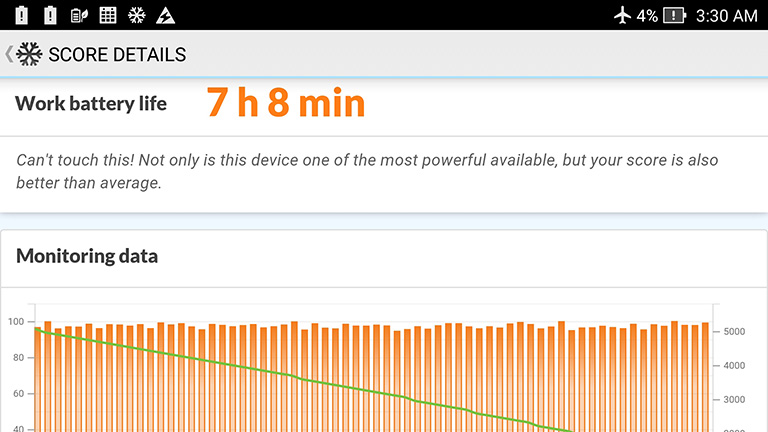 On the other hand, when subjected to our video loop test that involves playing videos continuously on Airplane Mode, 50% volume and brightness, and Power-saving feature off, the device made it up to 9 hours and 6 minutes. The ASUS Zenfone Zoom definitely has the characteristics of a flagship smartphone — a premium form factor that doesn’t look past the smaller details, multimedia support with its SonicMaster 2.0 and 128GB storage, some serious hardware for its camera, speedy LTE connectivity, and a solid performer for daily tasks that might come your way.

But if we’re looking at it as a serious camera, we would say it still has some refinements to go through in order to fully compete with the high-rollers in the imaging department. For one, there are some slight issues with manual focusing and although 4K still isn’t the mainstream resolution for consumer videos, most flagships are on this bandwagon already.

Still, this is an effort from the company that we appreciate entirely. We would think of the Zenfone Zoom as the almost-flagship device because of what it can offer and how it is cheaper than the frontline smartphones of other brands at Php26,995.