Hot off announcement, the Samsung Galaxy S5 is now official! It’s different from what we predicted by a long shot, and is surely varying from all the hype, but it does offer a few surprising things. It packs a slightly larger 5.1-inch 1080p display, a faster 2.5GHz Snapdragon 801 quad-core CPU with Adreno 330 graphics, water-resistance, a fingerprint scanner and a revamped design. 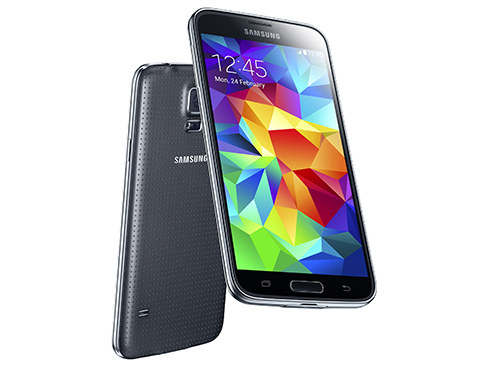 The Galaxy S5 doesn’t offer anything new in the display technology section; they simply made it a bit bigger without much changing the size of the device. The processing and graphics power is improved on the other hand, paired with 2GB RAM. A 16 megapixel camera with better autofocus & 4K video recording that takes sharper photos is also on the way. However, there was no mention about it being the company’s ISOCELL sensor; it’s one at 1/2.6″. 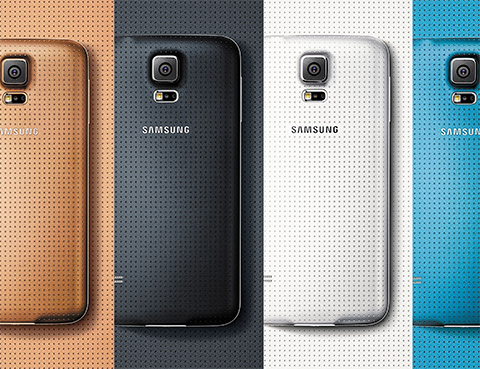 In terms of design, Samsung employs a soft touch finish on the back, replacing their old and glossy hyperglaze. The handset is now also IP67 certified, making it dust and water resistant (we won’t be seeing S5 variants soon) and a heart rate monitor is found beside the LED flash made to pair with S-Health. To add, Samsung also retained their set of capacitive buttons with their signatory physical home button, incorporating a fingerprint scanner within it.

TouchWiz is also facing a few upgrades. New icons and design elements can be found just as teased, and it also features the My Magazine news reader that can be accessed with a swipe. Better power saving modes can also be found and one of the main highlights is Samsung giving the ability to get data through both 4G & WiFi simultaneously with the Download Booster.

The device is coming in various colors such as charcoal black, shimmery white, electric blue & copper gold soon. No details yet on pricing and availability so stay tuned as we will have more coverage of Samsung’s flagship phone.