Xiaomi launched its latest Redmi Note series, the Redmi Note 8, in the Philippines recently. We’ve already seen the capabilities of the more premium Redmi Note 8 Pro. This time, we’re shining the light on the standard Redmi Note 8. Read on and see if it’s a smartphone worth the budget. 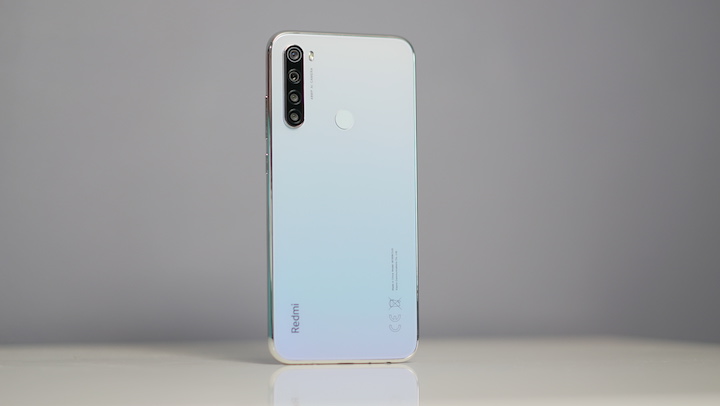 Space Black, Neptune Blue, and Moonlight White are the three eye-catching colors of the Redmi Note 8. The unit we have here with us in the Moonlight White colorway, and it’s an absolute eye-candy with its soft gradient hue. It comes protected with Corning Gorilla Glass 5, both upfront and the rear, allowing the device to feel magnificent in the hands. It is quite slippery, though. For those who have butterfingers, Xiaomi has included a clear case in the box. Overall though, with its glass-metal-glass construction, the Note 8 feels stable and robust when held. 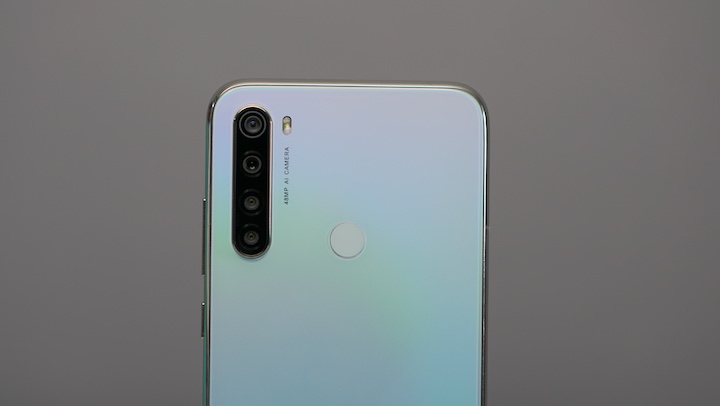 The Redmi Note 8 is equipped with a quadruple-camera setup, positioned on the rear of the device. The lenses are arranged vertically, with the camera module protruding quite a bit from the smartphone’s body. Also situated on the back is the circular fingerprint scanner. Slim bezels surround the 6.3-inch display, and there’s a drop notch on top that houses the front camera. An LED notification light is also located right next to the selfie shooter. Slightly wider than the rest is the chin, where one can find the Redmi logo across it. 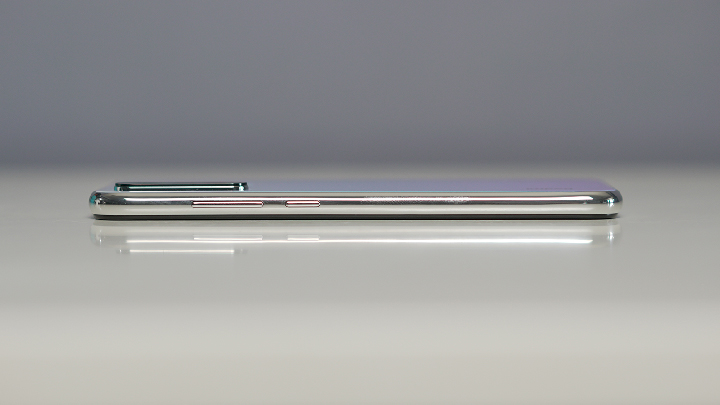 On the right sits the power button and the volume rocker. The placement is rather easy to reach, and they’re quite clicky as well. 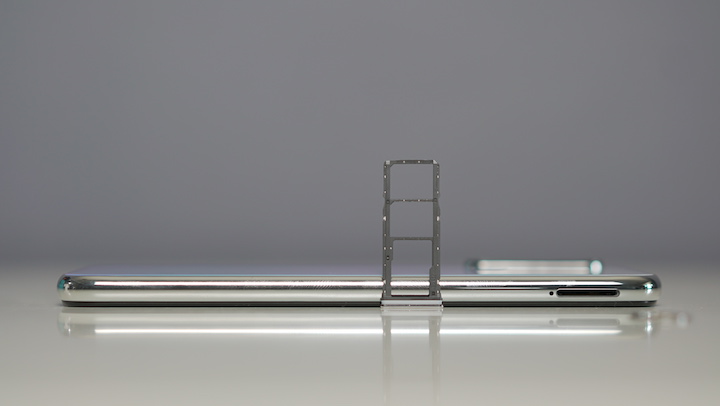 The dual SIM tray slot and a dedicated microSD card slot are situated on the left. 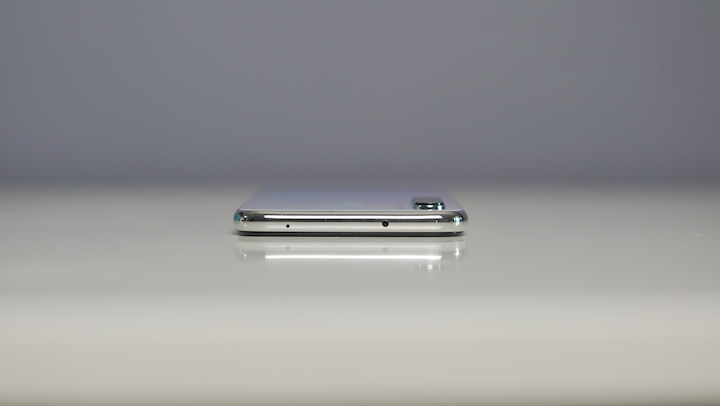 Up top, one can find and IR blaster as well as a microphone. All located at the bottom are the speaker grille, USB-C port, a mic, and a 3.5mm earphone jack.

The Note 8 sports a 6.3-inch panel with an FHD+ 2340 x 1080 resolution. While the colors aren’t as striking and punchy as we hoped they would be, the panel does offer crisp detail and sharpness. At 50% brightness, it’s also pretty usable under direct sunlight. It might not be enough for others, however. Under settings, users may select their preferred display tone — from the default neutral to warm or cool. 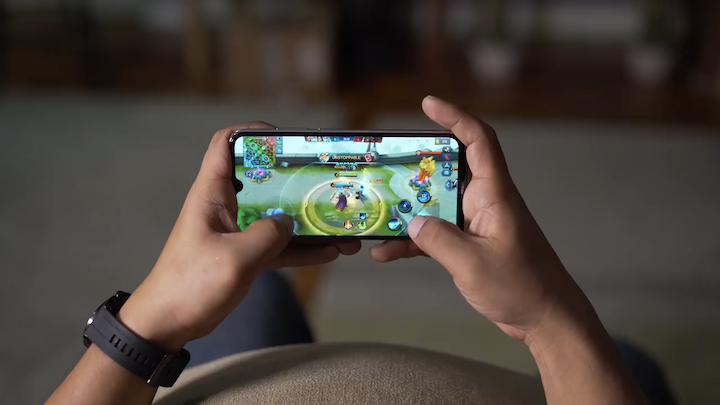 As for the audio, the single downward-firing speaker can get loud, but it’s not recommended to set it at maximum. Lows are non-existent, mids come and go, and highs sound tinny and unpleasant to the ears. We still advise you to take advantage of the 3.5mm headphone jack and use earphones instead.

Stationed on the rear of the Note 8 is its quad-camera setup, consisting of a 48MP primary, 8MP ultra-wide, 2MP macro, and 2MP depth lenses. On the other hand, a 13MP front shooter resides inside the drop notch upfront. For selfies, the Note 8 captures shots that look natural under ample lighting. The skin tones are vibrant and flattering, and sufficient detail is also present. The subject-background separation is pretty good as well; the edges aren’t too harsh, and it does a great job of focusing on the subject.

As for the rear cameras, the Note 8 produces good photos that have adequate exposure and sharp detail. Colors produced are not quite true to life because of the boosted saturation, but it’s not an issue. The images are satisfying enough to be shared on social media.

When it comes to ultra-wide shots, the Note 8 offers an option to correct the distortion, resulting in photos that lessen the fish-eye effect. The colors do appear to be darker, and details look oversharpened than the standard camera mode. The night mode offers bright shots, although a lot of noise is present in the images.


Video-wise, the Note 8 can shoot up to 4K at 30fps. Elements shot appear to be crisp; however, lighting and colors tend to look overblown sometimes. We also advise users to slot the Note 8 on a monopod or tripod as it offers little to no stabilization.

Android 9 Pie acts as the operating system of the Note 8, with Xiaomi’s MIUI 11 skin right on top of it. All the apps and icons are arranged on the home screen, with no option to change it to a drawer-style. Apart from the light mode, users also have the option to switch to a system-wide dark mode. Xiaomi also included a reading mode for users, with its display taking on a warmer tone to be easier on the eyes. 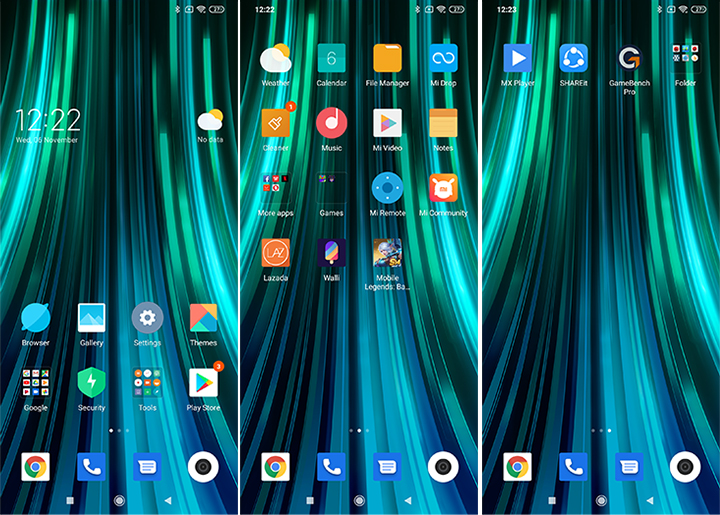 Pre-installed apps on the Note 8 include the usual Google services and Xiaomi’s apps, such as Mi Drop, Mi Video, Mi Remote, and Mi Community. Third-party apps like Facebook, Netflix, WPS Office, AliExpress, Opera, Lazada, are also included. There are even games pre-installed, namely Pop Shooter Blast and Dust Settle. Our unit here has 64GB of storage, with about 49GB of it usable. We have to admit, that’s a lot of bloatware installed in the device. Although, fret not, for the Note 8 has expandable storage via microSD.

A Qualcomm Snapdragon 665 chipset gives power to the Note 8, paired with an Adreno 610 GPU. The Note 8 has two RAM variants, 3GB and 4GB, with our unit here having the latter. We ran it through our usual benchmarks, and here are the results: 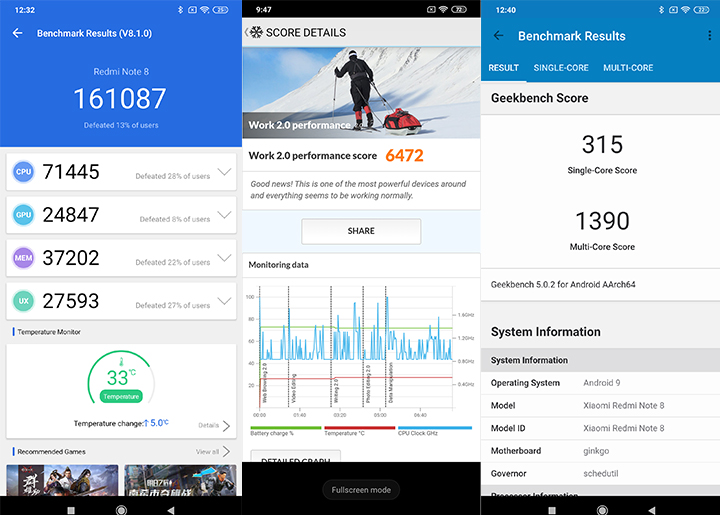 Basic tasks such as social media browsing, navigation, video streaming, and the like aren’t much of an issue for the Note 8. Sometimes though, switching between apps too fast can cause the phone to freeze a bit. When it does lag, it also takes a couple of seconds before the device recovers from it. For gaming, we tested out Mobile Legends; frame drops and lags were noticeable and persistent.

4G LTE, WiFi, Bluetooth 5.0 are all present on the Note 8. We didn’t encounter any issues as well when using location-based apps. The Note 8 also has a gyroscope sensor, allowing AR apps and games to function pretty well. 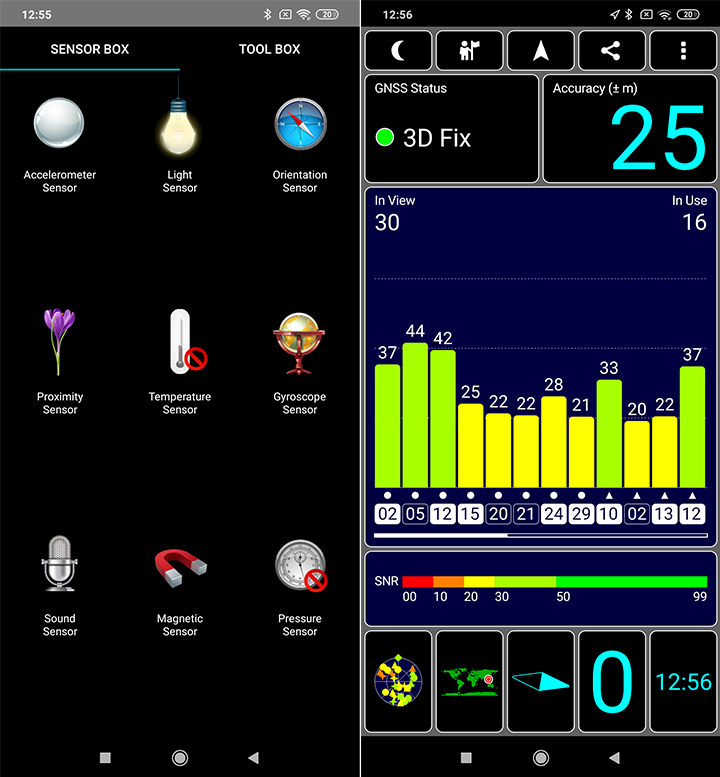 A 4,000mAh cell gives life to the Note 8. We subjected it to our standard video loop test, and the Note 8 yielded us a pretty good 13 hours and 42 minutes. The Note 8 comes with 18W fast charging support, and it took us around 2 hours to fully charge the device.

Overall, the Redmi Note 8 is quite an impressive smartphone — it has an excellent feel to it, the cameras deliver moderate images, it has a modest battery life, and it comes with a good panel. Despite those aspects, one can’t ignore the occasional stutters during navigation and the poor gaming performance in graphics-heavy titles. The Redmi Note 8’s configurations are priced as follows: