In addition to the Air Pro 3 action camera that we reviewed recently, we also got the chance to try out its sibling that although came out way back in 2013, offers more than just being a sports camera that you could take with you during your adventures. Here’s our take on the iON Adventure. This makes it easier to have it mounted at the chest, although there’s no chest mount included in the package and the user still has to buy it separately. In addition, the body is sealed and is waterproof up to 30 feet from out of the box and without needing any additional case to protect it. 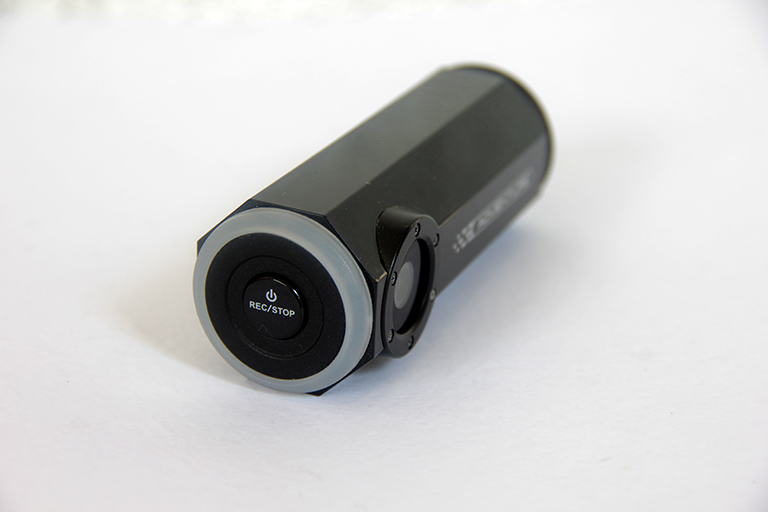 The power button is situated at the edge of the device and needs to be pressed and held. It also doubles as the record/stop button when the unit is on. Just like the Air Pro 3, this action camera relies on different-patterned vibrations rather than beeping sounds like what GoPro uses. 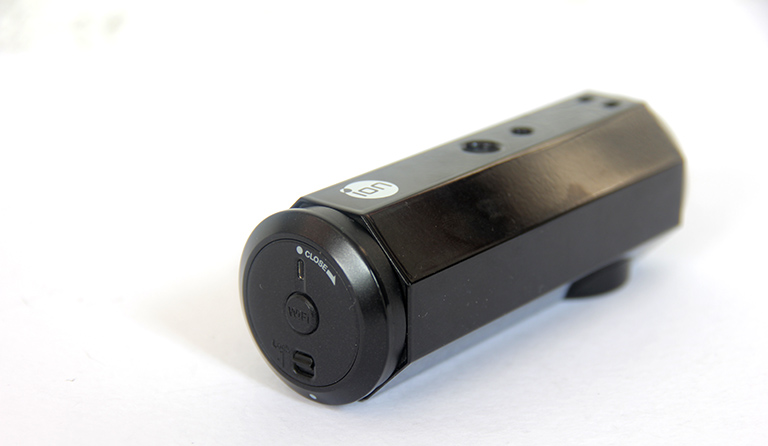 At the opposite edge, we have the button for wireless connectivity which is what the company calls the Wi-Fi Podz. This makes it possible to pair the device to a smartphone or tablet by downloading the free app for both iOS and Android users. Removing the Wi-Fi Podz will reveal the port for charging the device’s built-in battery. What makes the Adventure different from Air Pro 3 (and other common action cameras for that matter) is that it has dual microSD trays supporting up to 32GB each that automatically gets switched from one to the other when the card gets full. This way you wouldn’t have to stop, remove the Podz, and change the card especially when you’re recording continuously.

There’s also a small toggle switch beside the trays that lets you shift to dashboard camera mode. With the included suction cup, you could mount it on your car and use it as a regular dash cam with loop recording. 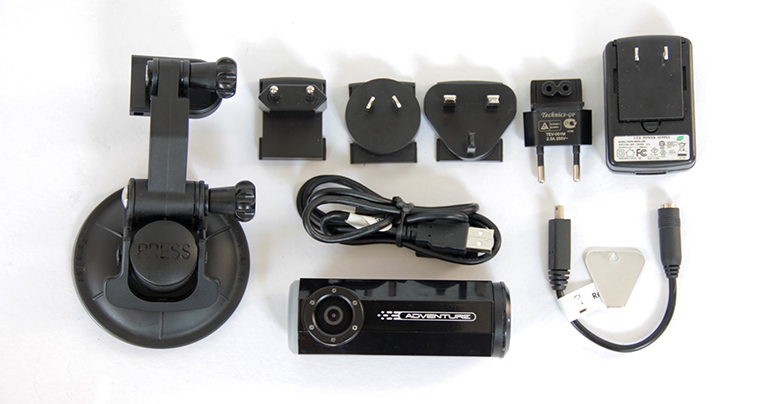 Unlike the Air Pro 3 that comes with various attachments for mounting the camera, the Adventure only has the suction cup with the main purpose of using it as a dashcam. Of course, it’s not only limited to cars since you could use it on other flat surfaces, but it won’t attach to other places that you would normally use a sports camera for.

Additionally, it has an included audio jack that goes to the miniUSB port so you could plug in a pair of headphones if you want to listen to the audio quality before or during recording. Since we were going to test it while riding a bicycle, we had no choice but to improvise and tape it to a helmet just to hold it in place. The device itself is robust, but not too heavy so it wasn’t that bad mounting it at the very front. You will see the sample footage in just a bit.

The Adventure connects to the company’s free app just like the Air Pro 3. Simply turn on the Wi-Fi from your tablet or smartphone, switch on the device’s Wi-Fi Podz, and pairing is easy and straightforward. 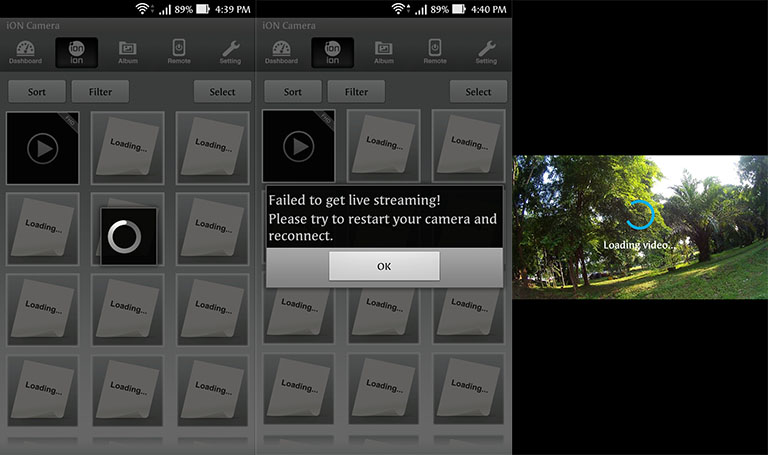 Unfortunately, we still had the same gripe as when we used the app to pair to the Air Pro 3 – the software lagged and at times crashed while streaming and playing back captured clips on the devices that we used. iON really needs to address these bugs to further make the experience fluid and enjoyable.

As we’ve mentioned previously, it has a Loop Recording feature once it’s on dashcam mode that records over the previous clips to save storage space. Once in this mode, you could opt to turn on its Vibrate-to-record function that starts and stops recording when movement is detected. This is similar to the HP f310’s G-sensor feature and is used for those times that you leave your car unattended so it could record/document potential dangers (theft, damages, etc.)