Sony Xperia Z in the flesh

Sony Xperia Z in the flesh

We were in Singapore a few days ago to witness the launch of the Sony Xperia Z. Let’s get up close and personal with Sony’s flagship handset and see why it’s regarded as one of the best smartphones of the recently-concluded CES 2013. 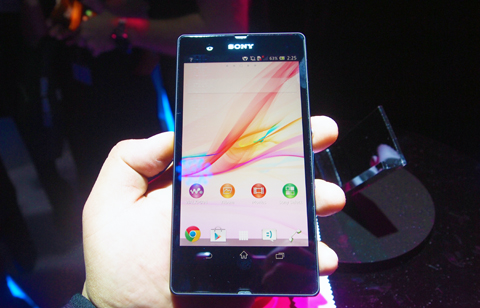 Ever since its first unofficial debut back in November, we’ve been keeping a close tab on this 5-inch handset. We got a chance to play around with Sony’s flagship device and marvel at its sheer elegance. We’ve extensively featured this upcoming handset in the past so, instead of going through the usual routine, we thought of giving you guys a more intimate look at the handset with this short video demo.

From the get go, it’s clear that Sony has put in a lot of thought to their torch bearer’s design, which is coined the “Omni-Balance design”. The term is a bit too gimmicky for our taste, but as fancy as it may sound, it doesn’t take away the fact the Xperia Z is one gorgeous handset that screams sophistication and class. Although the form factor was totally different from their previous handsets, the Xperia Z still has that iconic feel to it that’s undeniably Sony.

As mentioned before, this smartphone is only 7.9mm thick, making it one of the thinnest 5-incher in the market. But don’t for one second associate this thin profile for fragility, as Sony claims that the Xperia Z should be able to withstand elements and battering thanks to its tempered glass armor with a shatter-proof film coating. We’re not certain if there’s any truth to this claim, but from the looks of it, the glass exterior looks a bit more promising than what we previously saw on other glass-laden smartphones. 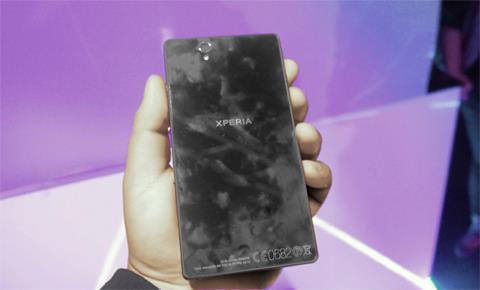 And speaking of glass, owning the Xperia Z means that you’d have to live with the fact that the phone will attract fingerprints like it’s nobody’s business. This is a common thing for glass-covered handsets; it’s awesome to look at, but a royal pain in the neck to keep it neat and pristine.

We find the thoughtful placement of the buttons to be ideal for a smartphone of this size. The machined aluminium power key, along with the volume rocker, is situated at the middle of the phone’s right side, making it easier for user to reach for it. Just to set things straight, the Xperia Z doesn’t have a physical camera button. Alright? 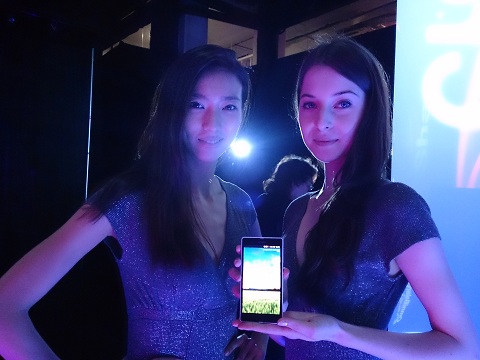 Above is an image captured using the Xperia Z’s 13MP camera. Even in low-light conditions, the camera was able to compensate and provide an outstanding result. Sony was able to enhance this handset’s snapper by incorporating some of their proprietary imaging technologies found on their NEX and Alpha offerings.

Both the 2.2MP front-mounted snapper and the main camera are capable of recording videos at 1080p resolution. In addition to its arsenal, the camera at the back also offers HDR (High Dynamic Range) video recording to further enhance the quality of your clips. The display is nothing short of impressive, something we’ve come to expect from Sony’s flagship handsets. The screen provides sharp images, outstanding color representation and decent viewing angle making it ideal for movie watching. It also offer very decent listening experience thanks to some minor audio tweaks that the smartphone is equipped with.

In terms of performance, we expect nothing but fluidity and responsiveness from the 1.5GHz Krait processor and 2GB RAM tandem that is at the heart of this smartphone. True enough, the Jellybean (4.1.2) smartphone was able to deliver. Whether we’re watching a Full HD movie, launching an app or switching from one app to the other, the handset remained cool and composed even under pressure.

We actually tried to perform a quick benchmark test on the Xperia Z, but due to the limited internet access at the venue, we weren’t able to download the apps needed to do it. You just have to wait for our full review for that, we guess. 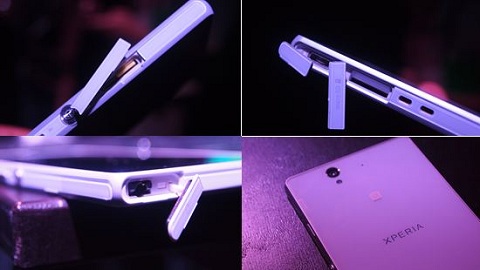 Sony has been known for manufacturing great devices with superior build quality and sleek design. And although their previous high-end handsets were not too shabby, it’s evident that the Xperia Z is a totally different beast altogether.

It’s not just a specific design aspect that makes this smartphone stand out. In fact we feel that it’s the combination of the “Omni-balance” design, thin form factor and tempered glass on the back that makes this phone aesthetically great. The intricate machined power button is just the cherry on top to make it all the more eye-pleasing. The phone’s elegant design is properly complemented by its snappy performance and other purposeful enhancements in the camera, display and audio. The phone is basically the epitome of all the expertise that Sony has, whether in imaging (NEX and Alpha cameras), display (Bravia TVs) and Audio (WalkMan) all rolled into one marvelous 5-inch handset.

In summary, Sony’s recent shift of attention to their handsets seems to be paying off quite nicely, and the Xperia Z is a testament to that. Moreover, we think that this handset has enough fire power to boost the company to the top and reclaim their place as one of the big players in the smartphone industry. The only question now is their marketing strategy and how the Xperia Z will fare against the upcoming flagship handsets of their competitors.