If youâ€™re a Nokia N9 user, youâ€™ve probably abandoned all hope of ever getting an update on your device after the Nokia pulled the cord on MeeGo. But here’s a treat from the Finnish company to make you feel a little less neglected.

The first batch of MeeGo PR1.3 (version 40.2012.21-3.001.19) OTA update started to roll out and some Russian folks already installed the update and were kind enough to share their find. 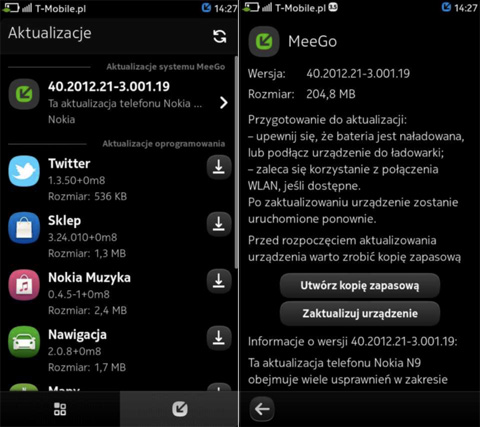 This â€œsmall but valuableâ€ update was partially confirmed by Nokia Philippines on one of their Tweets. Iâ€™m not sure if theyâ€™re pertaining to the size of the update file (204.8MB) or the slight improvements on the OS.

Here’s a screenshot of that:

Weâ€™re not sure when’s the exact date the update will be rolled out so make sure to check your device for the update (Finally, you get to use that feature). Here’s a guide on how to do that, just in case youâ€™ve totally forgotten about it.

2. Touch the Updates tab to see if there are available updates.