ST-Ericsson to unveil a 3.0GHz quad-core SoC on MWC

ST-Ericsson to unveil a 3.0GHz quad-core SoC on MWC

This year’s Mobile World Congress is said to be a momentous event for ST-Ericsson, the company behind the NovaThor chipset, as they are said to announce their first ever quad-core processor which is believed to clock in at blazing fast 3-gigahertz.

NovaThor, the product of the joint venture between STMicroelectronics and Ericsson, isn’t exactly a popular choice for device manufacturers for the obvious reason that other providers have more competitive offerings either on performance or pricing.

In recent times, however, the company has been making short but significant strides to improve their portfolio which is evident on the recent release of the 2.5GHz dual-core processor earlier this year. But apparently, it’s just a primer for the bigger (and faster) chipsets to come. 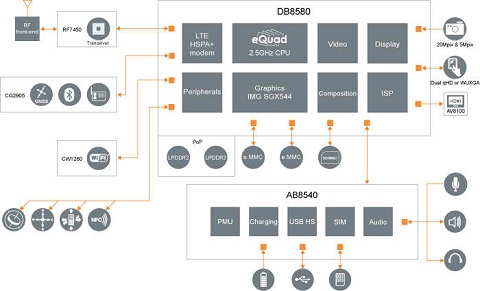 The able processor will be accompanied by a 600MHz SGX544 GPU and a slew of chips which expands its capabilities such as the ability to feature up to 20-megapixel camera and LTE and HD Voice support.

It’s going to be interesting to see how the new NovaThor processor will perform in the real world. Having a 3GHz clock speed will certainly catch the attention of manufacturers, but it’s going to be a bumpy ride on the way to the top for the new SoC, especially when it has Exynos 5 Octa, Snapdragon 600/800, and Tegra 4 breathing down its neck.